Super Mario Galaxy's Rosalina is a playable character in Super Mario 3D World + Bowser's Fury. Here's how to add her to your squad.

Super Mario 3D World + Bowser's Fury is an enhanced version of the original Wii U version of the platformer. It's an exciting new iteration of one of the best Mario adventures since Super Mario Odyssey, and it's well worth playing through.

There are several characters you can use as you make your way through the main worlds (and several bonus options, too.) They include Mario, Luigi, Peach, and Toad, all with their own special abilities. But there's one more character you can unlock, too: Rosalina, who first appeared in Super Mario Galaxy.

Rosalina comes with her own ability, and she can use all the power-ups all the rest of the characters can. If you want to be able to play as her, though, there are a couple of things you need to do first. It may take a bit, but it's well worth bringing her into your squad. She's one of the coolest characters of the entire Mario franchise, after all. 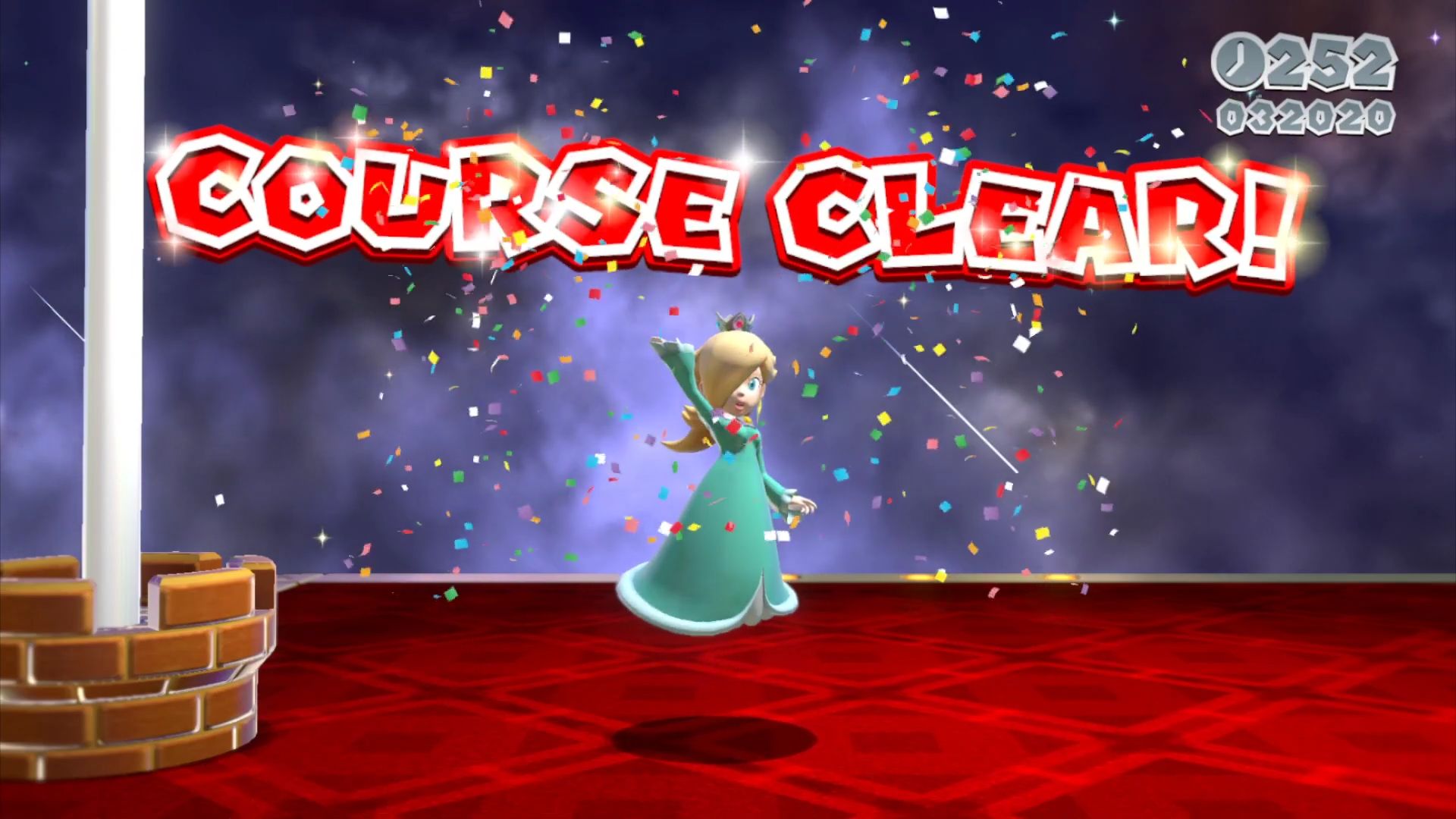 If you're first starting Super Mario 3D World + Bowser's Fury, unlocking Rosalina may take a while. You'll need to complete the entire game, including the final world, Bowser's World.

Once that area is completed and Meowser is put out to pasture, you'll notice the colorful Sprixies you've been saving working on building something new: a rocket ship! You'll need to climb into this rocket ship and ride it to the next world, World Star, which is a new collection of courses you can complete as well as earn new Stars and Stamps in. 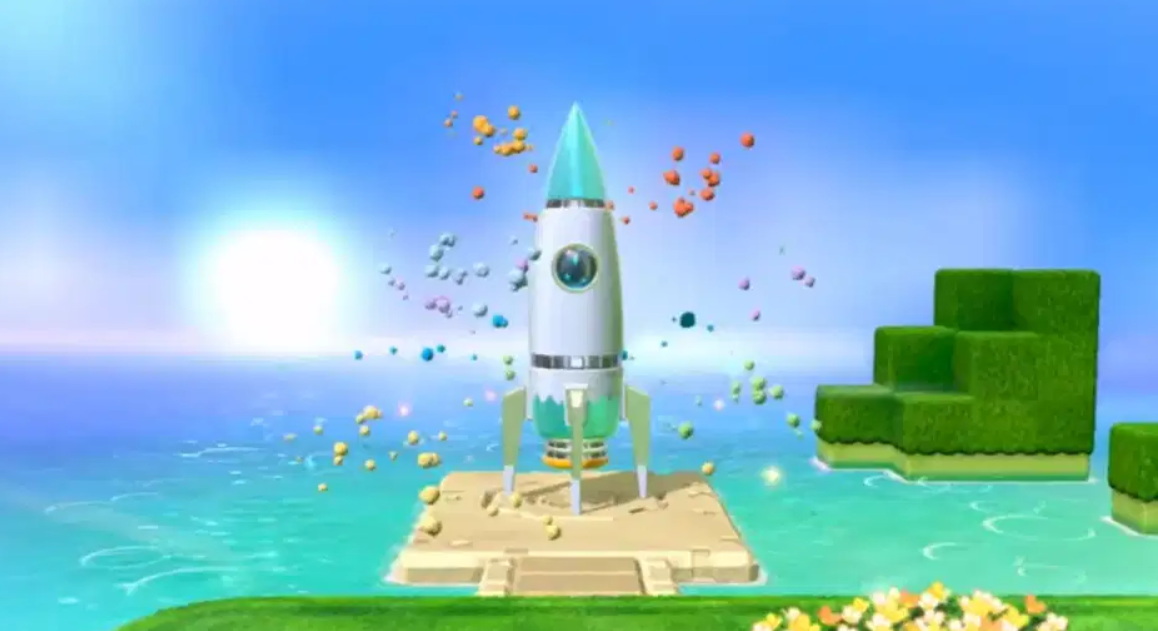 World ★-2 is called Super Galaxy, and that's where you'll first see Rosalina. She's waiting beside the world as part of the decor around the map, but you'll soon see why. Jump into World ★-2 and complete it. You don't need to collect all the stars or the stamp for the level, but you do need to finish it completely. 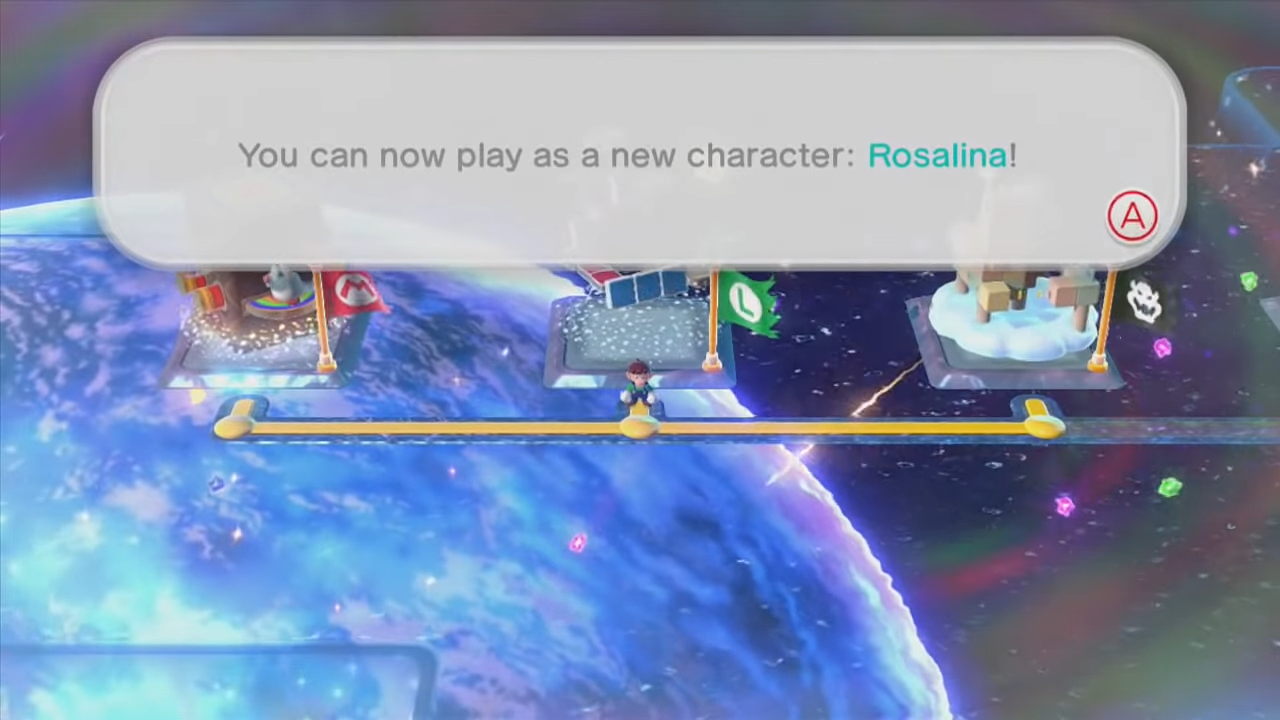 Once you've finished the level, you'll be advised that Rosalina is now available to play as. To choose Rosalina and play through any level as her, simply scroll to her player icon before commencing any level. That's it!

Now that you've unlocked Rosalina, you can try out her special ability. She can use a spin attack without the need for any power-ups like the Tanooki suit. Make sure you take into account the fact that her spin attack will be negated by whatever suit she tries on, so once she turns into Cat Rosalina or something of the like, her attack will be replaced by the power-up ability. Her jump is a bit shorter and she's slightly slower than other characters, but she's well worth trying out.

That's all you need to know about unlocking Rosalina in Super Mario 3D World + Bowser's Fury! After you complete World Star, there are still plenty of worlds to conquer, so be sure to keep plugging away!

Want to discuss platforming strategies with other Mario fans? Hop on over into the official SteelSeries Discord!